Symposium on Advanced Bio-Signal Processing for Rehabilitation and Assistive Systems

Based on official statistics, the world's population is aging rapidly and this trend will increase the incidence rate of movement disorders. Improving medical care is likely to increase survival rates and reduce hospital costs. However, it will result in even more patients in need of Assistance, Rehabilitation and Assessment (ARA) services. Patients with age-related movement disorders typically experience permanent or long-lasting disabilities and often require labor-intensive ARA services as early as possible and for extended periods. The result is that, with a system that is under-resourced, more patients are sent home while still suffering from major functional deficits. One potential solution is to develop smart mechatronic technologies that (a) provide safe, optimal, smart, effective and affordable means of neurorehabilitation; and (b) assist and assess patients in performing activities of daily living. Bio-signal processing is considered as the heart of modern mechatronic and robotic technologies, designed for delivering appropriate ARA services. Advanced and real-time processing of physiological signals (such as: EEG, EMG, eye gaze, body movements, and speech) can open new doors to not only enhance the effectiveness of mechatronic rehabilitation, assistive and assessment systems, but also to enable alternative treatments for patients who cannot use conventional technologies and techniques due to the severity of their condition. In this regard, the objective of this symposium is to bring together new techniques/technologies that augment the capabilities of conventional neurorehabilitation, assistive and assessment systems using signal processing solutions. 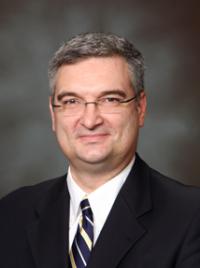 In 1997, together with Dr. Keller, he received the Swiss National Science Foundation Technology Transfer Award - 1st place. In 2008, Dr. Popovic was awarded the Engineering Medal for Research and Development from the Professional Engineers of Ontario, and Ontario Society of Professional Engineers. In 2011, he was elected to the College of Fellows of the American Institute of Medical and Biological Engineering. In 2012, company MyndTec Inc., which Dr. Popovic co-founded in 2008, won the 1st Prize and the Best Intellectual Property Award at the annual TiEQuest Business Venture Competition. In 2013, he received the Morris (Mickey) Milner Award for outstanding contributions in the area of Assistive Technologies from the Health Technology Exchange. Also, in 2013, together with Drs. Prodic, Lehn, and Huerta-Olivares, and Mr. Tarulli, Dr. Popovic received the University of Toronto Inventor of the Year Award. In 2015, Dr. Popovic received the 2014 University Health Network’s Inventor of the Year Award. In 2017, he received the Accessibility Innovation Showcase and Tech Pitch Competition Award at the Ontario Centers of Excellence Discovery 2017 Conference.

Dr. Popovic is the co-founder and co-chair of the Canadian National Spinal Cord Injury Conference established in 2004.