Symposium on Signal and Information Processing for Healthcare Engineering

This Symposium will focus on advances in various dimensional information analytics in various healthcare systems. Today, healthcare engineering promises to bring tremendous benefits and opportunities to the diagnosis, prognosis, treatment, and prevention of human diseases for a better quality of life. In the meantime, healthcare engineering also presents unprecedented performance and challenges in the entire process of data collection, processing, analysis, synthesis, and visualization. The wide deployments of various healthcare systems have also raised a critical issue to health informatics caused by the sheer volume and high complexity of health data collected anywhere and anytime. Novel signal and information processing algorithms, models, systems, and platforms are needed to support the analysis, use, interpretation, and integration of diverse health data. This symposium is aimed at addressing various data analytics issues in this area. The emphasis of this symposium will be developing new signal and information processing methods and tools for emerging healthcare applications. 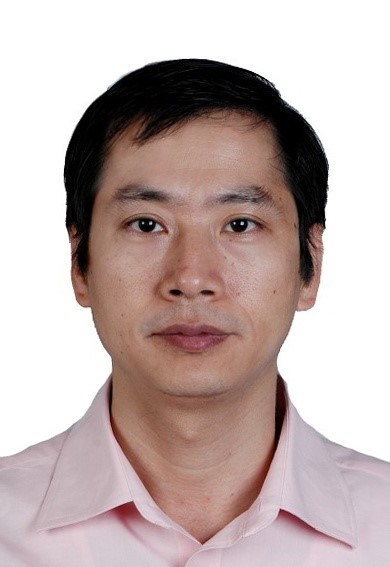 Abstract
Despite rapid advances in the study of brain-computer interfaces (BCIs) in recent decades, two fundamental challenges, namely, improvement of target detection performance and multi-dimensional control , continue to be major barriers for further development and applications. In this paper, we review the recent progress in multimodal BCIs (also called hybrid BCIs), which may provide potential solutions for addressing these challenges. In particular, improved target detection can be achieved by developing multimodal BCIs that utilize multiple brain patterns, multimodal signals or multisensory stimuli . Furthermore, multi-dimensional object control can be accomplished by generating multiple control signals from different brain patterns or signal modalities. Here, we highlight several representative multimodal BCI systems by analyzing their paradigm designs, detection/control methods, and experimental results. To demonstrate their practicality, we report several initial clinical applications of these multimodal BCI systems including awareness evaluation/detection in patients with disorder of consciousness (DOC). As an evolving research area, the study of multimodal BCIs is increasingly requiring more synergetic efforts from multiple disciplines for the exploration of the underlying brain mechanisms, the design of new effective paradigms and means of neurofeedback, and the expansion of the clinical applications of these systems.

Biography
Yuanqing Li received the B.S. degree in applied mathematics from Wuhan University, Wuhan, China, in 1988, the M.S. degree in applied mathematics from South China Normal University, Guangzhou, China, in 1994, and the Ph.D. degree in control theory and applications from the South China University of Technology, Guangzhou, in 1997. Since 1997, he has been with the South China University of Technology, where he became a Full Professor in 2004. From 2002 to 2004, he was with the Laboratory for Advanced Brain Signal Processing, RIKEN Brain Science Institute, Japan, as a Researcher. From 2004 to 2008, he was with the Laboratory for Neural Signal Processing, Institute for Infocomm Research, Singapore, as a Research Scientist. He was elevated to IEEE Fellow for his contributions to brain signal analysis and BCIs, 2016. He won State Natural Science Awards (second prize), China, 2009, Changjiang Professorship, Ministry of Education, China, 2012, Distinguished Young Scholar Award, National Natural Science Foundation of China (NSFC), 2008, and so on. His research interests include blind signal processing, sparse representation, machine learning, brain–computer interface, EEG, and fMRI data analysis. He has published more than 100 journal papers and 2 edited books since 1994, of which 55 were published in high level journals including Cerebral Cortex, NeuroImage, Human Brain Mapping, Scientific Reports, Journal of Neural Engineering, Neural Computation, Proceedings of the IEEE, IEEE Signal Processing Magazine, and 8 various IEEE transactions, e.g., IEEE Trans. Information Theory and EEE Trans. PAMI. He also has more than 30 publications in conferences including NIPS and WCCI. His BCI systems including brain-controlled wheelchairs were reported many times by news media including CCTV, China Daily, Hongkong Ta Kung Pao, and Australia New News. He has been serving as AE of several journals such as IEEE Trans. on Fuzzy Systems and IEEE Trans. on Human-Machine Systems.