Symposium on Signal and Information Processing for Smart Grid Infrastructure

The effort of enhancing current electricity grids through the introduction of advanced infrastructure and information technologies has been termed smart grid. The desiderata are increased situational awareness and controllability, customer participation, renewable integration, efficiency, and cyber-security. The rich algorithmic and analytical toolbox developed by the signal processing community with its classical results along with contemporary advancements could contribute innovative solutions to smart grid challenges if properly adapted to energy system problems. Conversely, smart grid designs can accelerate developments in other domains of signal processing interest. Smart grid challenges and opportunities become increasingly diverse, from efficiently solving the nonlinear power flow equations to optimally scheduling continent-sized cyber-physical systems. Optimal resource allocation problems involving thousands of continuous and possibly discrete variables coupled across space and time have to be tackled on a per-minute basis. Real-time and online schemes for robust or stochastic formulations are needed to cope with the time-varying uncertainty of renewable energy resources. Integrating conventional and upcoming sources of energy data (see phasor measurement units and smart meters) gives rise to exciting machine learning and network science tasks. Estimating system parameters and detecting system changes are key components of increased situational awareness. Algorithmic solutions at the intersection of electric energy systems with other critical infrastructures, such as transportation, water, and natural gas networks pave the way to realizing the vision of connected communities and smart cities. This symposium aims to bring together researchers in the field of information processing and optimization for smart grids. 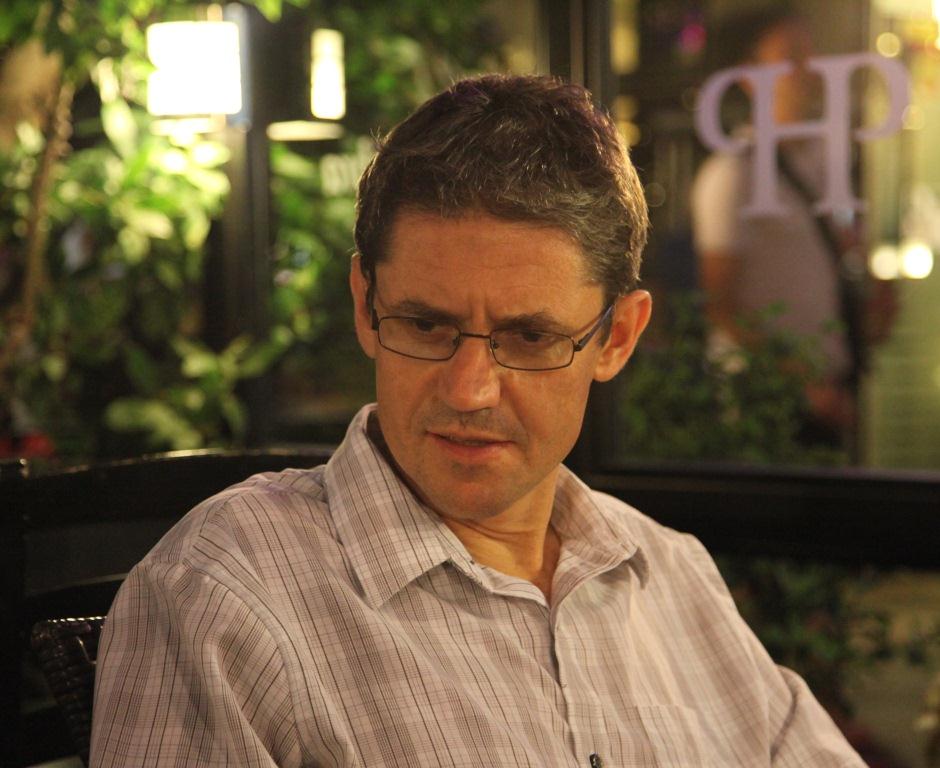 Abstract
We discuss how Optimization, Inference and Learning (OIL) methodology is expected to re-shape future demand-response technologies acting across interdependent energy, i.e. power, natural gas and heating/cooling, infrastructures at the district/metropolitan/distribution level. We describe hierarchy of deterministic and stochastic planning and operational problems emerging in the context of physical flows over networks associated with the laws of electricity, gas-, fluid- and heat-mechanics. Then we proceed to illustrate development and challenges of the physics-informed OIL methodology on examples of:

Biography
Dr. Chertkov's areas of interest include statistical and mathematical physics applied to energy and communication networks, machine learning, control theory, information theory, computer science, fluid mechanics and optics. Dr. Chertkov received his Ph.D. in physics from the Weizmann Institute of Science in 1996, and his M.Sc. in physics from Novosibirsk State University in 1990. After his Ph.D., Dr. Chertkov spent three years at Princeton University as a R.H. Dicke Fellow in the Department of Physics. He joined Los Alamos National Lab in 1999, initially as a J.R. Oppenheimer Fellow in the Theoretical Division. Since 2001 he is a technical staff member at LANL. Since 2012 Dr. Chertkov is advising SkolkovoTech -- new graduate school in Moscow/Russia. He also has an adjunct professor affiliation with the Department of Industrial & Operations Engineering of the U of Michigan, Ann Arbor. Dr. Chertkov has published more than 180 papers. He is an editor of the Journal of Statistical Mechanics (JSTAT), associate editor of IEEE Transactions on Control of Network Systems, member of the Editorial Board of Scientific Reports (Nature Group), a fellow of the American Physical Society (APS) and a senior member of IEEE. 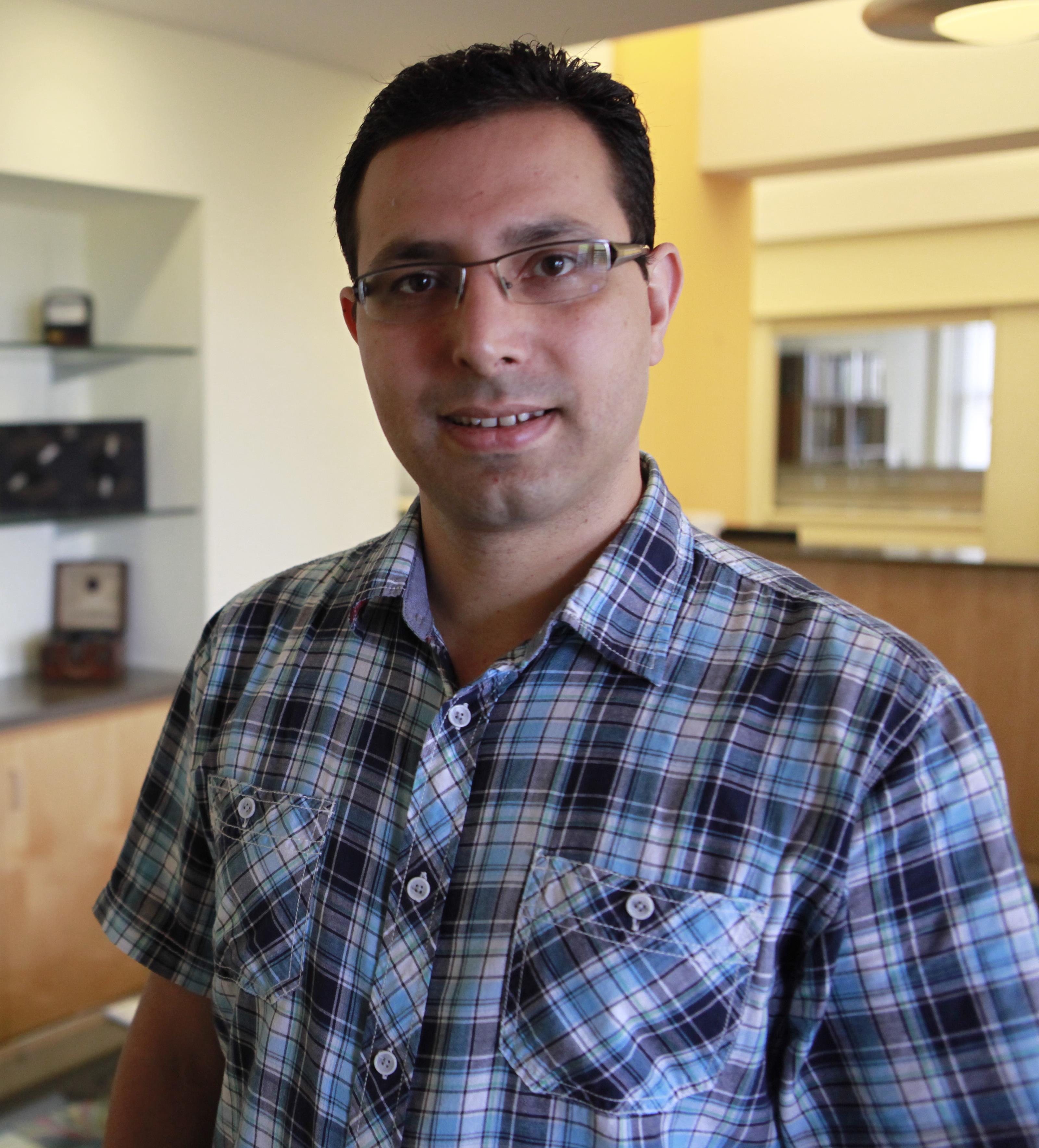 Abstract
The design, planning and operation of an electric power grid depend heavily on several optimization problems such as optimal power flow (OPF), security-constrained OPF, state estimation and unit commitment. Recent studies confirm that the nonlinearity and high dimension of the existing power optimization problems may not allow the algorithms used in the power industry to converge to a high-quality solution in a timely manner, which would lead to wasting billions of dollars annually. To make the system more sustainable and resilient, these problems become even more nonlinear, significantly grow in size, and should be solved faster. In this talk, we will propose a new mathematical framework to address the above issues regarding the operation of power systems. Our framework rests on recent advances in graph theory, optimization and distributed control, including the notions of OS-vertex sequence and treewidth, matrix completion, semidefinite programming (SDP), and low-rank optimization. In particular, we will study five related mixed-integer power optimization problems, named power flow, security-constrained OPF, state estimation, unit commitment and transmission switching. We will show that real-world power networks have low treewidth, and as a result our computational framework is able to find global or near globally optimal solutions. We will illustrate our results on several real-world power grids with over 13,000 buses described by nonlinear equations subject to noise and corrupted data.

Biography
Javad Lavaei is an Assistant Professor in the Department of Industrial Engineering and Operations Research at University of California, Berkeley. He was an Assistant Professor at Columbia University from 2012 to 2015. He received the Ph.D. degree in Control and Dynamical Systems from the California Institute of Technology in 2011, and was a postdoctoral scholar at Stanford University for one year. He is the recipient of the Milton and Francis Clauser Doctoral Prize for the best university-wide Ph.D. thesis at Caltech, entitled "Large-Scale Complex Systems: From Antenna Circuits to Power Grids". He has won several awards, including DARPA Young Faculty Award, Office of Naval Research Young Investigator Award, Air Force Office of Scientific Research Young Investigator Award, NSF CAREER Award, DARPA Director's Fellowship, Office of Naval Research's Director of Research Early Career Grant, Google Faculty Award, and Governor General of Canada Academic Gold Medal. Javad Lavaei is an associate editor of the IEEE Transactions on Smart Grid and of the IEEE Control Systems Letters, and serves on the conference editorial boards of both IEEE Control Systems Society and European Control Association. He is a recipient of the 2015 Power & Energy Society PSACEC paper award, the 2015 INFORMS Optimization Society Prize for Young Researchers, the 2016 Donald P. Eckman Award given by the American Automatic Control Council, the 2016 INFORMS ENRE Energy Best Publication Award, and the 2017 SIAM Control and Systems Theory Prize.